Like-minded people who are passionate about virtual reality, studying meta universes or the new world, and exploring the new paradigm, would want to consider Singularity Hero NFT as a viable option. It’s just some of the more interesting projects to have hit the blockchain market and we’re all for it. Read below to find out more!

As described in Singularity Heroes profile on OpenSea, it states, “The community is focused on the study of the NFT space. A collaborative journey through NFT games, virtual worlds, collections, and NFT ecosystems. Hero NFT holders will work together within the play to earn space. Our NFT Singularity Heroes are virtual alter ego representations of each member of our community.”

The NFT project has presented a 7-point roadmap for them to follow with most of them either halfway through or done completely. The plans included in the pipeline include the following key areas of focus:

Owners of the NFT project allow them to use the art or image of their token for any commercial purpose. The project features a fair distribution system for all of its community members.

The developers further divulged how the tokens will be fairly distributed through an official word from their website stating that:

“All Heroes will be minted on our website at a fixed price of 0.067 ETH + gas with a maximum purchase amount of 25 Heroes per tx. There are no price tiers. Singularity World membership cost is the same for everyone. Note: 250 NFTs are being withheld from the sale. They will be used for giveaways, community activities rewards, and the creators’ Singularity World memberships.”

You can find more updates regarding these on their official social media platforms like Discord and Twitter.

The Creators of Singularity Hero

There are four members of the Singularity Hero project. While little could be found about their real identities, they have provided aliases alongside a brief description of themselves.

The project is introduced in this brief blurb found on the Singularity Hero site saying: “We are a team that is immersed in the wonderful world of NFT. We decided to create a community of explorers and adventurers like us in this space.”

Here are the members of the core:

When to Mint Singularity Hero NFT?

At the moment, there are 1,882 minted Singularity Heroes in the Ethereum blockchain out of the 10,000 planned by the development team. Here is the official statement on minting an NFT from the Singularity Hero Project:

“You can mint them on our website. When we publish the contract, you will be able to do this using Metamask.”

Where to Buy Singularity Hero?

We’re seeing a trend of NFTs developing meta universes or virtual reality for explorers and adventurers alike. While some projects might overdo it, we think that this NFT in particular strikes the right balance. Singularity Hero NFT will surely be something to watch out for.

Starting his passion for cryptocurrency in 2014, Alex continuously expands his vast knowledge in bitcoin, blockchain, NFT, and DAOs and regularly shares these in the gmBlockchain blog. 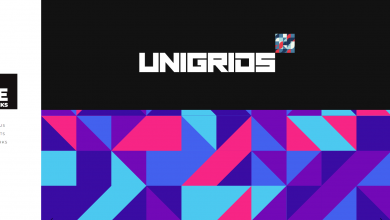 What is Unigrids by Zeblocks NFT? [All You Need to Know 2022]